In previous parts of this four part series we looked at how Labor leaders can enhance public sentiment for Unions using Traditional Media, Bargaining and Legislation. In Part 4 of How Labor Unions Can Survive: Creating a Favorable Public Perception we’ll learn how Labor organizations can enhance their public through collaboration with educators, businesses and activist groups. 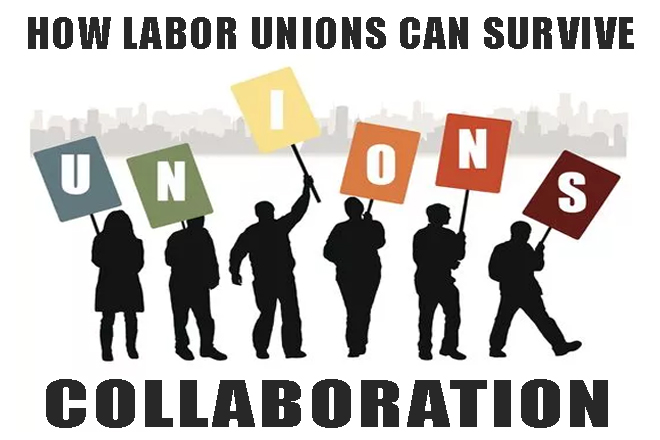 Labor unions should cooperate with companies and government agencies to enhance the educational programs available at work and through high schools and community colleges.

Employers face an increasing difficulty in obtaining well-educated workers. Approximately twenty-five percent of high school students fail to graduate, and many individuals who obtain high school diplomas lack the basic verbal and math skills required by technologically advanced companies. Programs should be designed to advance the ability of both new labor force entrants and current workers to learn the skills required for new occupations.

In addition, unions should work jointly with business and education leaders to encourage the adoption of minimal competency standards that would prevent the graduation of functionally illiterate individuals. This investment in human capital would increase productivity and decrease unemployment.

Ultimately, for the American labor movement to reestablish its power as a social movement, it must revitalize its alliances with others.

Unions must work more closely with civil rights groups, such as the National Association for the Advancement of Colored People, the Mexican American Legal and Education Defense Fund, the National Organization for Women, and the American Association of Retired Persons. They should also strengthen their ties with groups concerned with health and safety issues, the adequacy of worker and unemployment compensation systems, Social Security and Medicare coverage, the fairness of tax laws on lower-income individuals, the lack of basic health coverage for millions of Americans, and other issues of interest to workers and their families.

If these groups coordinate their efforts, they can achieve greater power and positive sentiment.

Unions can use their increased power to expand membership and remain a vital force in the American economy.

How in your opinion can Unions enhance public perception? Sound off on the Union Built PC Facebook Page or on our Twitter or LinkedIn feeds, and don’t forget to sign up for our monthly UNION STRONG email newsletter for articles like this delivered straight to your inbox. You may unsubscribe at any time.