Union Built PC will be taking a look at how Labor Unions can enhance their public perception in the eyes of the public, a critical factor in the survival of Unions as a whole. In Part 1 of this four part series we’ll look at how Labor leaders can use traditional media to enhance public sentiment. 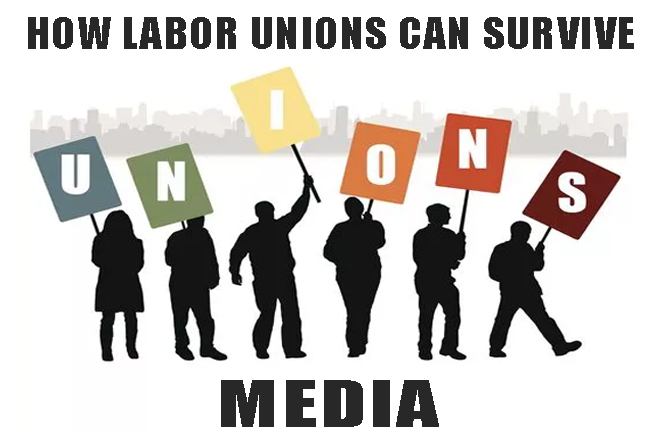 Labor leaders must realize that many people have a negative image of unions. There is a popular perception that many labor leaders are corrupt, that bargaining agreements create inefficient work rules inhibiting worker productivity, and that organized employees’ compensation levels exceed the value of their services.

For example, AFL-CIO ran a media campaign designed to enhance the public perception of labor organizations and spark interest in union membership. Labor leaders should draw from these campaigns and others, such as the famous apparel manufacturing union “look for the union labor’ advertisements, which encouraged people to purchase garments manufactured in union shops, and the American Federation of State, County, and Municipal Employees, which showed the various government functions being performed by AFSCME-represented personnel. These media campaigns convince members of the general public that unions provide important services to the individuals they represent.

In addition, Labor leaders must encourage news reporters at the national and local levels to disseminate stories about the enhanced working conditions enjoyed by unionized personnel and about industries that exploit unrepresented employees.

For example, the sweatshop conditions once endemic in the apparel manufacturing industry should be documented, along with evidence of unsafe and unhealthy environments in many unorganized service settings. Unions must emphasize that organized work environments offer relatively healthful and safe surroundings. Unions need to provide reporters with statistics regarding the thousands of conscientious individuals discharged each year for no valid reason and without recourse to impartial appeal procedures. They should emphasize the “just cause” protections contained in bargaining agreements and the availability of grievance-arbitration procedures that provide employees with a right to challenge unjust management determinations.

Also, members of the general public have the impression that an excessive number of union officials are corrupt. Most of the public, however, is unaware that the conviction rate for union leaders is no higher than the rate for business officials. By publicizing the fact that thousands of union officials work diligently to further the employment interests of represented workers at salaries substantially below those earned by their management counterparts, organized labor may focus the public’s attention on the labor organizations’ accomplishments.

The limited number of union officers who earn over $100,000 per year pales in comparison to the multimillion dollar compensation packages enjoyed by countless business executives. Unions must remind individuals whose real earnings have remained constant in recent years how well their firm managers and shareholders have been doing.

Another option, Labor organizations should consider sponsoring television programs and movies that portray unions and union members in a positive light. Documentaries depicting the successful efforts of union leaders or the beneficial work of particular labor organizations would enhance the unions’ image. These programs would educate people who think that Archie Bunker is the quintessential union member and that violent strikes are typical union activities.

Labor organizations can emphasize the gains achieved by unionized professional performers and airline pilots as well as the many collective contracts negotiated without work stoppages.

The UPS-Teamsters Union dispute has provided the labor movement with an excellent vehicle to redeem itself, for example. Because most people know and value UPS employees’ professional services and appreciate the efforts of the Teamsters Union to restrict the proliferation of lower-paid part-time jobs, the striking UPS workers enjoyed unexpected public support. The strike activities were carried out with almost no violence, and the contract achieved at the bargaining table was generally viewed as beneficial for the workers involved. Labor leaders need to highlight these gains and encourage unorganized employees to contemplate benefits they might obtain through unionization.

These are just a few ways Union Leaders can create a favorable public impression of unions using traditional media. In Part 2 of How Labor Unions Can Survive: Creating a Favorable Public Perception we’ll look at how Labor organizations can enhance their public image by achieving gains for employees at the bargaining table.