Earlier this year Microsoft warned users that Windows 7 has serious problems. In addition, now Microsoft has warned of a new serious Windows 7 problem that is very real – even though it makes no sense whatsoever…

In short: Microsoft has made a seemingly small yet completely bizarre tweak to Windows Update on Windows 7 and confirmed it is crippling many users’ PCs.

The tweak? It switched the status of Windows 7 update KB3133977 from ‘Optional’ to ‘Recommended’.

The bizarre part? Despite acknowledging the problems, Microsoft knew they would occur in advance and it has no plans to do anything about it.

It all centers around Asus motherboards.

Now 27 years old, Asus is one of the largest PC component makers and supplies motherboards to many of the world’s biggest PC makers. Recently it enabled Secure Boot in UEFI on all its motherboards. This wasn’t a problem for older PCs because Windows 7 didn’t support Secure Boot, that is until KB3133977 came along in March and enabled it.

Last month – for some bizarre reason – Microsoft made KB3133977 a ‘Recommended’ update. The result was every user running Windows 7 and default Windows Update settings (the vast majority) would find the update now installed automatically.

And then everyone with an Asus motherboard was hit.

There are now reports from Windows 7 users coming in from all over the world regarding machines that suddenly won’t boot. 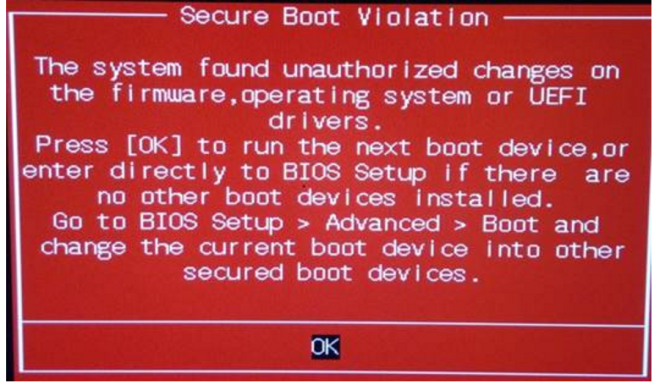 All of which does nothing to pinpoint the problem or solve it for those without a second secured boot device. In short: you’d be screwed.

The Good News And Staying Safe

The good news is Asus has now issued a workaround to get PCs booting up again.

Furthermore Asus must take some of the blame for not reacting faster when KB3133977 presented a potential landmine and issuing new updates to its motherboards.

How do you know if you have an Asus motherboard in your Windows 7 PC?

This will list your PC’s components, including the motherboard.

One downside: some major PC makers like Dell and HP rebrand the motherboard as the computer’s model number. In which case you should do a web search on your model or call the manufacturer directly.

The Bad News And What Comes Next

As for the bad news? It’s Microsoft’s reaction.

On the plus side, Microsoft did update the support document for KB3133977 with a warning which states:

“After you install update 3133977 on a Windows 7 x64-based system that includes an Asus-based main board, the system does not start”.

But Microsoft also uses the document an opportunity to promote upgrades to Windows 10:

Microsoft has also done nothing to modify KB3133977 or release a new patch so users with Asus motherboards don’t run into this problem in the first place. Furthermore, at the time of publishing, KB3133977 remains a ‘Recommended’ in Windows Update for Windows 7.

Needless to say, conspiracy theorists will have a ball seeing it as yet another new way Microsoft can push users to Windows 10. Especially with upgrade rates slowing in April. This in itself is remarkable given the increasing number of heavy handed and devious ways Microsoft has been pushing Windows 10 onto Windows 7 and Windows 8 users.

Regardless, the message is clear: life is going to become increasingly uncomfortable for Windows 7 users from now on.

Keep in mind that Union Built PC is just a phone call or an email away if you encounter any problems.

And don’t forget to subscribe to our monthly eNewsletter for articles like this delivered straight to your inbox.