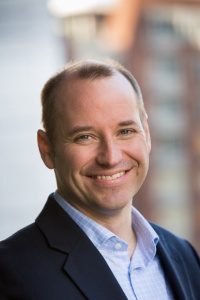 Union Built PC Inc. highly endorses Brother Marcus Courtney and we ask all our Sisters and Brothers to donate to the Courtney Campaign

A message from Marcus Courtney:

“With CWA and IBEW workers on strike against Verizon, it is more important than ever for working people to have a voice in the halls of power to fight back against corporate greed. I am running for the 43rd legislative district in Seattle to be that voice.

“I believe the legislator in this seat needs to be a champion for bold, progressive leadership with real experience. I am running to bring the values of the 43rd district to solve real problems. I want to make housing more affordable, protect the rights of all of our citizens, improve the quality of our public schools, raise wages so families can lead a decent life, and bring meaningful action to combat climate change.

“Over the past few years here, we have witnessed tremendous growth in people and in wealth generated by our industries in aerospace, natural resources and technology. The 43rd district is at the heart of a booming Seattle, and is ushering in a new era as a global city. But yet, we can feel our prosperity is out of balance and is leaving too many people behind.

“I believe every worker should be treated fairly in the workplace. I founded the Washington Alliance of Technology Workers (WashTech/CWA), the first labor organization of its kind in the U.S., while working as a contract test engineer at Microsoft Corporation. This gave tech workers a voice in the trade union movement for the first time, which continues to this day.

“Returning to Seattle as the National Representative for the AFL-CIO in the northwest, I was shocked to see how dysfunctional Olympia has become. Rather than a collaborative legislature where the two parties work effectively, Olympia is the mini-me of the U.S. Congress. Populated with climate change deniers, people who oppose equal rights for all and politicians whose answer to every problem is to cut taxes for the rich and big corporations. This doesn’t work in DC and will not work in Olympia. There is real work to be done.

“These challenges strike at our sense of fairness for the future, and say it is time for a new path so no one is left behind.

“We need a new path of inclusion. A new tradition of true economic opportunity. I’m ready to bring a lifetime of experience fighting for middle class families, and giving strength to the poor and disenfranchised. As my career shows when I see a problem I get to work finding real solutions, and I will bring that experience to Olympia as your legislator.

“We have seen Seattle and Washington State pass landmark policies on the minimum wage, paid sick leave, pressure Shell Oil to stop Arctic Drilling, pass marriage equality and be first in the nation to require background checks before owning a gun. This campaign wants to extend and build on that progressive legacy.

“In the past two months that I have been running I am proud to have received seven union endorsements and I expect more on the way!

“I ask you to join my campaign for bold, progressive leadership and I ask for your support to help send me to Olympia by contributing to my campaign today.”

Join the Campaign for bold, progressive leadership by making a donation here:
https://marcuscourtney.nationbuilder.com/donate