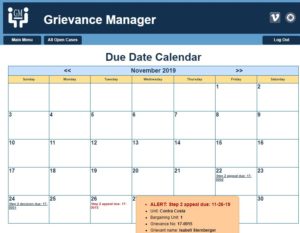 In County of Warren v. PBA Local 331, the NJ Appellate Division affirmed a lower court decision  setting aside an arbitrator’s award in favor of the PBA. The Union had filed a grievance concerning certain retirement benefits. The County argued that the PBA missed a ten day deadline for the processing of the grievance and sought to have it dismissed. The Union maintained that it had provided the County with the opportunity to raise a timeliness issue when the grievance was filed but that the County had not done so. The Arbitrator concluded that the County had waived the right to object to the grievance. The County sought to set aside the Arbitrator’s award, and the lower court did so, finding no contractual support for the Arbitrator’s conclusion. On the Union’s appeal, the Appellate Division affirmed, noting:

“Having found the grievance untimely, the arbitrator “read into” the [Agreement] a provision not found there, that the ten-day period for filing a grievance is waived if the County fails to object promptly to the untimely filing. In light of the express terms of the [Agreement] regarding the timelines for the filing of a grievance and the requirement that extensions of such periods be by mutual consent, the arbitrator’s interpretation is not reasonably debatable. … Accordingly, we affirm the order vacating the arbitration award substantially for the reasons expressed by Judge O’Connor.”

Time Constraints in your CBA are crucial to proper and successful Grievance Handling. The number one Member complaint is the mishandling of grievances.  The NLRB now requires that Labor Unions have an automated tracking systems for their grievances.  We have solved this problem for all unions with our Grievance Manager Application which tracks and automates the Grievance and Arbitration Process and provides automatic notifications for time constraints.  You have a fiduciary responsibility to your union, do not be “penny wise and pound foolish”.  If you do not have an automated Grievance Tracking System now is the time to obtain one.  Give us a call, your Membership will Thank You!