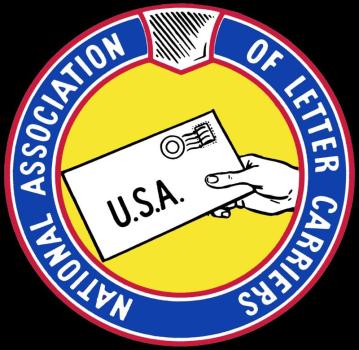 Union Built PC was contacted by Tony Boyd President of NALC Alamo Branch 421 in San Antonio Texas in November of 2019.  Tony and his Executive Board were interested in automating their grievance procedure and effectively tracking all their grievances.  They felt that this would help them to represent their membership more effectively.  The Alamo branch represents over 1500 members in 22 cities in the San Antonio area.
We scheduled an online demo and previewed features of another of our grievance applications so that they could see how we could help them automate and track grievances, and also automate their forms.

The Planning Process:
Many issues and features were raised either by the Branch, or suggested by Union Built PC, and then discussed between us and/or among officers and staff at NALC 421.  A variety of features were proposed and discussed, like Information Request submissions and answers and others.  Some were included in the final specifications, while others were deemed unnecessary or not worth the cost.

Drafting & Finalizing Specs:
We created a Proposal document to detail the specific plans for the entire application, including structure, workflow, access groups and rules, and PDF outputs.  Along the way inputs and screens were adjusted, and some new features additions added, including fillable PDFs for Information Requests, which could then be saved to the grievance case record.

Development Process
The application was built according to the 25 day timeline included in the Proposal document, and was delivered on time.

Implementation:
NALC 421 began a beta testing period shortly after development finished, and used this time to test with the application and document adjustments needed, including changes in access by user role, and changes to the due date email alerts.  Some late features were also added, such as repositories for MS Word forms and archives for DRT (Dispute Resolution Team) and Arbitration decisions.

Use in Field:
NALC 421 added over 700 grievance cases in the first year.  Here is a quote from President Tony Boyd:
“After testing Grievance Manager, we felt that we could customize it to give us the tools that we needed to effectively develop and monitor a uniform grievance program for all our stewards.
The service provided by Union Built PC is excellent.  Whenever we called Barry Diederich, Director of Software Development, he was readily available to discuss our concerns and demonstrate on screen how various programs worked.  Modifications that we requested were usually implemented in less than 24 hours.
The program has been the help we have been looking for.  As administrators, the senior leadership of the branch, is now able to look at all the work being done, monitor progress, and make corrections when necessary.  The quality of the work across the board is vastly improved and the successful resolution of grievances, especially discipline, has been a real benefit to the membership.
I would strongly recommend other NALC branches (especially those with 500 or more members) obtaining this program.”