In today’s connected world, Union Built PC’s new UB-2017 Android Tablet is a perfect, fully customizable solution to enhance mobile workplace efficiency and productivity for International and Local Unions and all those affiliated with them.

The UB-2017 features a 10.1 inch 1920 x1200 high definition screen and is designed for optimal mobility while still packing a performance punch. “The Grievance Manager” is a 3G enabled tablet boasts WiFi and Bluetooth for all consumers’ digital connections and is powered by the 5.1 Android operating system; and the MediaTek MTK6592 Octa-Core Processor for speedy performance whether for App usage in the workplace, email, web browsing, multimedia or gaming.

In today’s connected world, the UB-2017 is a perfect solution to enhance mobile workplace efficiency and productivity. Users can download any of the 1 million+ Apps found in the built-in Google Play store that can enrich business capabilities and heighten multimedia features. And customers can have their tablets custom configured so key Apps and Union Built PC’s popular software’s – such as Grievance Manager a fast-becoming Industry Standard for grievance and arbitration management – are built-in and right on the users’ capacitive touch screen. 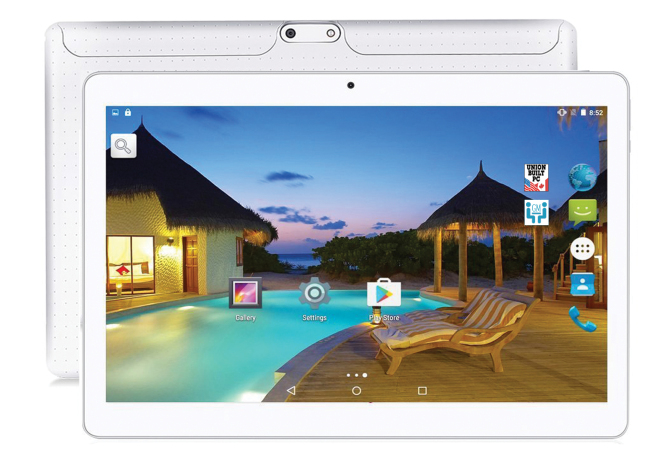 “Union Built PC Inc. has launched the UB-2017 in response to our clients requesting a light, powerful Tablet to use at Grievances, Arbitrations and Negotiations that can run our premiere Grievance Manager Software. We have heard the requests from many unions, especially The Communications Workers of America (CWA) District 2-13 and District 3. This is the reason we have named our new Tablet ‘The Grievance Manager,’” says Director of Sales and Operations Pete Marchese.

“As our customers become increasingly active users of our custom configured computers, we are now responding to the needs of the majority who have adopted smart and mobile technologies. The UB-2017 ‘The Grievance Manager’ allows us to offer a device that meets our customers’ on-the-go needs as well as the increased demands of today’s multimedia user,” continues Marchese.

The UB-2017 is also a sleek and powerful option for Unions looking for a device that switches seamlessly from work to entertainment to social media and beyond. The slim and elegant UB-2017 sports dual cameras – 1.3 MP on the front and 2MP with flash on the rear – as well as dual speakers on the back’ perfect for picture taking, uploading and storing photos, video chatting and listening to music. The large and vibrant screen, viewable from all angles, makes for an ideal television and movie viewing experience and is perfection for gamers. The UB-2017 media capabilities are bolstered by BlueRay, 3D and all Android 5.1 supported audio and video formats as well as a built-in eBook Reader. The UB-2017 also offers a number of additions to optimize its performance as a connectivity tool including an IEEEE802.11 b/g/n wireless network and a substantial 5000mAh battery that allows for more than 6 continuous hours of on or off-line work or play.

“We believe that the UB-2017 Tablet will appeal to all Union Members and Officers across the Union marketplace as we’ve aligned ‘The Grievance Manager’ to be highly accessible and flexible to serve multiple applications and budgets,” states Marchese.

The UB-2017 supports all of the major frequencies in the United States, Europe and Asia – 850, 1900, 2100mhz and like all Union Built PC products feature a 1 year factory warranty.

Union Built PC’s new UB-2017 – The Grievance Manager – Android 5.1 Tablet is available now for purchase and custom configuration at a special introductory price of $199.00. Discounts on large orders and packages are also available.

Union Built PC Inc. has been serving the IT needs of Labor since 2001. Union Built PC’s mission is to “organize” Labor and help them “excel in everything they do.” Union Built PC believes their success is based on products and services that have been developed by Union Members and customized to meet the specific needs of their Union clientele. That’s why every member of the Union Built PC team is a Union Member.

Offering the most innovative technologies such as their new UB-2017 – “The Grievance Manager” – Android Tablet, Union Built Desktops, notebooks, servers, and their popular and powerful Grievance Manager Application, custom software that allows Labor Unions to manage the grievance process from start through arbitration plus Software to automate the Negotiating process; Union Built PC has singularly provided cutting edge IT innovations for Labor which focuses on the unique needs of International and Local Unions and the organizations affiliated with them.