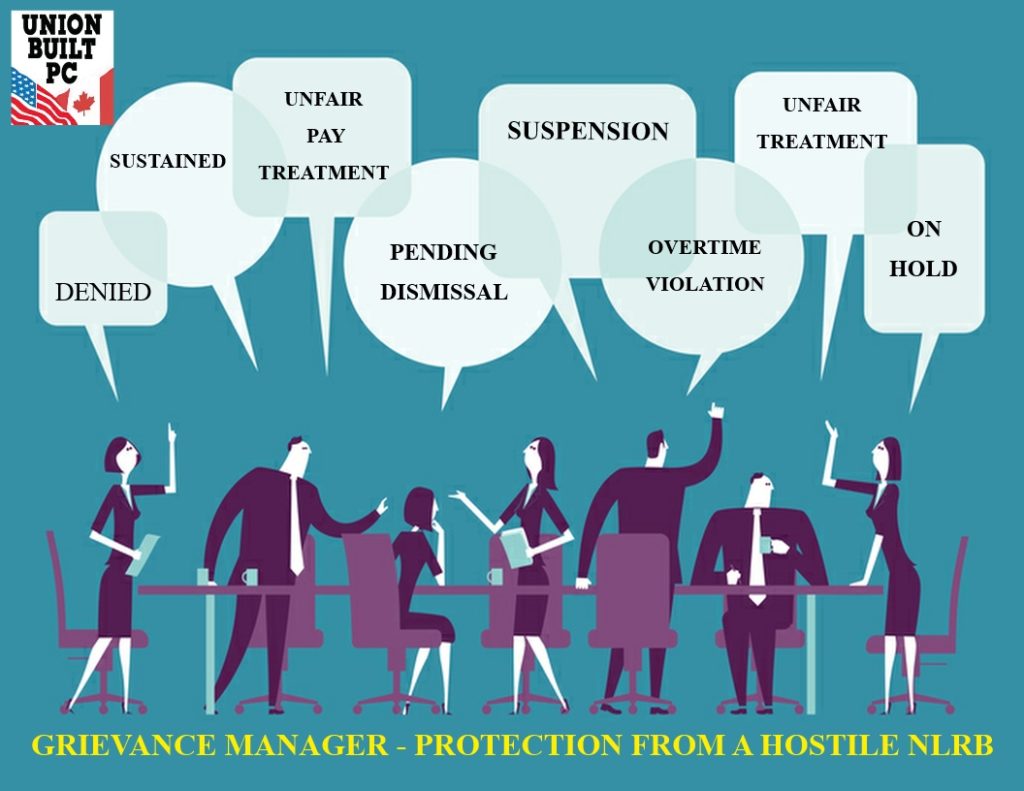 Union Built PC has written extensively and has sounded the warning about a Republican controlled National Labor Relations Board gone rogue. The Directives issued to punish unions for ‘negligent’ behavior such as losing an employees’ complaint or not returning phone calls when the worker has questions,” is an effort to bring consistency to how the NLRB enforces cases when a union may have breached their duty of fair representation in regards to the mishandling of employee grievances.

As the General Counsel’s office wrote:

“Regions issuing a complaint in these cases should argue that generally, a union which loses or misplaces a grievance engages in gross negligence unless it has a system or procedure in place.”

NLRB General Counsel Peter B. Robb is directing NLRB agents to spend their time investigating – and now litigating – these often-frivolous complaints against unions, which will necessarily be at the expense of pursuing cases against employers.  The Trump administration has directed NLRB agents to focus on going after unions, rather than employers.

Union Officers have a fiduciary responsibility to their Union Membership and the NLRB will be holding your feet to the fire.  If you do not have an adequate Grievance Tracking System in place, you are leaving yourself open to NLRB fines.

Call for more information  877-728-6466 or go to our website  https://unionbuiltpc.com/grievance-manager/