Five Reasons to Cheer for Unions This Mother’s Day

Mother’s Day is a perfect time to celebrate the capacity for upward mobility women have gained in the workforce — especially when it comes to labor unions.

Today, women constitute the greatest portion of the labor force working inside and outside of the home. In another couple of years, the same will likely be said of women in unions. In 2015, women made up roughly 49 percent of union members — but by 2023, women will be the majority of the unionized workforce. 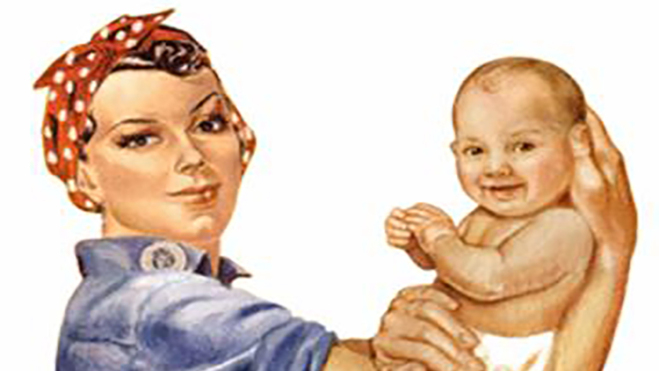 In spite of these strides, millions of female workers are getting the squeeze in today’s economy. Even as women break the glass ceiling in business and politics, they still earn on average, 77 cents to every dollar earned by men — and unions are a big part of the solution.

Women have a great deal to gain from joining a union, with union victories working to pave the way for workers to bargain for affordable family health care, fair wages, improved working conditions and a better life for their families.

Did you know that…

1. Unionization results in significantly higher wages for women of all education levels.
Being in a union raises a woman’s pay as much as a full year of college does. Being a member of a union raises women’s wages by 12.9 percent — or $2.50 per hour — compared to their non-union peers.

Among women workers in the 15 lowest-paying occupations, the benefits are even greater, with female union members earning 14 percent more than those workers who were not in unions.

2. Unions protect workers’ rights regardless of race, ethnicity, sexual orientation, gender identity or gender.
In a country where it’s still legal for an employer to fire someone for being gay in 29 states, and for being transgender in 34, having a union can make all the difference.

3. Unionization raises the probability of a woman having a pension.
The union advantage is most impressive when looking at employer-provided retirement plans. Women represented by unions are a whopping 53.4 percent more likely to have pension coverage than their non-union counterparts.

4. Being in a union is good for a woman’s health.
The union impact on a woman’s likelihood of having health insurance is even larger than the impact on wages. At every education level, female union members are 36.8 percent more likely to have employer-sponsored health insurance plans.

5. Unions help close the wage gap.
Despite the fact that the gender wage gap overall hasn’t made any progress in the last five years, it’s been shrinking among workers who belong to a union, declining 3.6 cents between 2015 and 2012. The gender gap between what unionized male workers make and what unionized female workers make is just 9.4 cents, which, according to a report by the National Women’s Law Center, unionized working women make more than 90 percent of what men do.

Among non-union workers, on the other hand, the wage gap is 18.7 cents, about double the gap between union workers. And while all workers typically make higher wages when they’re unionized, a women’s boost of $222 a week is even bigger than her male counterpart.

There’s still much work to be done…

Yet even as we celebrate Mother’s Day – we cannot lose sight of the work yet to be done to achieve full equality.

The United States is the only industrialized nation without any paid family leave law. With the changing nature of our 21st-century workforce, it’s getting harder and harder to balance the demands of the family you love and the job you need. Change has yet to come to Washington, but momentum is growing in the states: So far, California, Rhode Island and New Jersey have passed paid leave laws. It’s time to update workplace policies that are stuck in the past and give more Americans paid family leave – to take care of sick loved ones and newborn children.

The Labor Department is awarding half a million dollars to help feasible studies on new paid leave policies and with the support of Unions, it is our hope paid maternity leave will soon be realized.

Considering the great boost to equality, pay and benefits that unions bring, it’s important that anyone who cares about the well-being of women workers also care about unions.