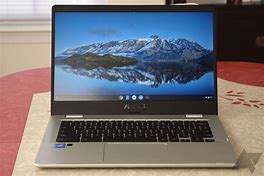 “Should I buy a Chromebook?” is a question that is asked with increasing frequency by both Union Offices and Training Centers looking to reduce their computing costs and/or work exclusively in the cloud. Given the current crisis and the emphasis on Distance Learning this is invaluable information for the Labor Industry especially the Apprenticeship Programs.  This Chromebook review explores the pros and cons of using Chromebooks and other Chrome OS-based computers and helps you answer that question.

What is a ChromeBook?

A Chromebook is essentially a laptop that you use primarily when you are online, and one that you don’t — generally speaking — save files onto.

Nearly everything — word processing, spreadsheet-eyeballing, note-taking and no doubt other dubious activities — is done online via Google’s Chrome browser and pretty much everything you produce is saved onto the ‘cloud’.

This means that Chromebooks don’t usually come with much storage and don’t require a particularly fast processor — which in turn makes them very cheap compared to ‘normal’ computers.

Although an increasing number of apps which also work offline are now available for it, the idea is that most of what you do on a Chrome OS device is done online using the Chrome browser.

There are some really great things about Chromebooks — and some not so great.

Let’s take a look at the good stuff first.

The pros of using Chromebooks:

Chromebooks can lower your hardware and IT costs

Chromebooks have the potential to lower IT costs in a few ways.

First, and for the reasons discussed above, they are much more cost effective to buy than ‘normal’ computers. A mid-range Windows laptop cost four times as much as this without cloud-based software.

So whether you’re a Training Center or union Office, there are significant savings to be made by purchasing a Chromebook  And, if you apply these sort of cost differentials across a large Center’s computing requirements, you’re talking about saving a lot of money.

Second, because Chromebooks do not rely on installed software, there is less of a need for an IT department to, well, install software. Or update it. Or support it. Any updates to your Chromebook and the cloud-based software you use (Google Docs etc.) are carried out regularly and automatically by Google, and if you’re a G Suite (Google Apps) customer, you have a 24/7 Google helpdesk at your disposal too.

Third, because there are no moving parts in them, Chromebooks are arguably less prone to developing mechanical faults, meaning greater reliability and longevity — and a lack of repair bills.

And finally, because Chromebook users generally work ‘in the cloud’, you don’t need to spend as much money on physical storage to handle networking or backups.

(That said, investing in a third-party cloud backup service to ensure any data in G Suite remains backed up is still a good idea).

Chromebooks can lower your software costs

And if you don’t want to work with G Suite, there are cheap or even free browser-based alternatives available to you — not least a free browser-based version of Microsoft Office or the entry-level Office 365 plan, which provides you with an email account and cloud storage for a few dollars per month in addition to the online versions of Word, Excel, Powerpoint etc. (Microsoft Access can’t be used on a Chromebook however.)

Chromebooks are less vulnerable to viruses

Because of the emphasis on cloud-based working, using a Chromebook doesn’t tend to involve much installation of software; accordingly, it’s quite difficult for users to get a virus on one (note that you can still get ‘phished’ on a Chromebook, which is something different).

And on top of that, Chromebooks are generally viewed as one of the more robust systems going from a virus protection point of view: automatic updates, ‘sandboxing’ and ‘verified boots’ help prevent infection (you can find out more about these terms on Google’s Chromebook Security help page).

All this means that if you are using a Chromebook, you can generally forget the costs associated with virus and malware protection software — or paying IT professionals to clear up the mess you made on the network after you opened that attachment from that nice lady in Russia.

They can encourage collaboration and improve productivity

Because Chromebooks aren’t really about installing standalone pieces of software on your computer, those using them are effectively ‘nudged’ in the direction of using web apps that allow multiple users to access and edit files together in real time. This opens a lot of collaborative possibilities and new ways of working.

Additionally, with a Chromebook, less seems to get in the way of doing work. Chrome OS is clutter-free, stable, and free of the ‘bloat’ or ‘lag’ that you often get with other operating systems.

(That said, if you’re used to working another operating system, you may need to factor in a slight learning curve after switching to Chrome OS.)

Chromebooks also boot up incredibly quickly (in about 5-10 seconds) and are ‘instant-on’ from sleep. Any system that comes with lack of distractions, delays and crashes has good implications for productivity.

You’re dealing with a robust platform

Whether we’re talking about email clients like Gmail, CRM tools like Salesforce, accounting solutions such as Xero, e-newsletter apps such as Mailchimp or helpdesks such as Zendesk, they all have two things in common: first, they are examples of software titles used by millions of businesses all over the world, and second, they are all applications that run in a web browser.

If your team access all their key tools in a web browser, then why not provide them with system that is designed explicitly for doing that? Even modest Chromebooks provide an astonishingly fast and stable environment for working with browser-based applications.

The same goes for using a Chromebook for personal entertainment: if the main reason you’re getting a laptop is to watch Netflix or Amazon Prime shows on the move, there is little point in forking out for an expensive Apple product when you can access video content perfectly well via Chrome.

Chromebooks are ideal for a workforce that moves around a lot

If you travel a lot, then Chromebooks can be an excellent option.

They are generally much lighter and thinner than traditional laptops (due to the lack of moving parts) — so this makes them much easier to transport.

The thing to watch out for, of course, is the lack of an internet connection: less of an issue these days, with tethering via phone and ever improving wifi available, but it is possible to hit a black spot. If that happens, there are offline working options available for some Chrome Apps (notably Gmail), but you will have to plan ahead to use them (more on this below).

The integration with G Suite is great

Over 5 million companies and individuals use G Suite now — and if you or your business is included in that number, then you will be hard-pressed to find a nicer, more reliable and tightly-integrated way to work with this suite of products than on a Chrome OS device.

The cons of using a Chromebook

That all sounded fantastic didn’t it? But before you rush out and by a Chromebook, there are a couple of significant downsides to consider.

Whatever your feelings about MS Office applications — Word, Outlook, Excel and so on — a generation has been brought up using them, which means that

The good news is that G Suite is perfectly capable of creating, editing and saving MS Office files; but you should note that when it comes to editing complicated MS Office documents, you may have to watch out for formatting problems when you save your files.

Alternatively, you can always use the online version of MS Office (free or paid) on a Chromebook: whilst not providing as comprehensive a set of tools as the desktop version, it nonetheless enables you to edit most Word, Excel and Powerpoint files in a browser and without some of the formatting headaches you might occasionally run into when you try to edit Office files with G Suite.

It’s important to note that ‘power-users’ of MS Office products may still need to use the desktop versions (as several advanced features are not currently available in the online versions of MS Office apps) — and MS Access and MS Publisher currently won’t run in a browser.

But all in all, not being able to install the desktop version of MS Office on your Chromebook shouldn’t hold you back too much when it comes to document editing.

If you can’t live without the installed versions of the Microsoft Office apps however, then maybe a Chromebook is not for you.

They are not ideal for working on multimedia projects

If your business is one which deals with a lot of audio or video related projects, then you are probably better off working on a traditional desktop.

It’s not that there aren’t powerful Chromebooks available that could handle this kind of work (the Chromebook Pixel, for example); it’s more that the software typically used for multimedia projects — Pro Tools, Final Cut Pro etc. is not currently browser-based.

That said, it should be pointed out that basic image editing on a Chromebook won’t pose any problems – there are plenty of simple editors available, both cloud-based and offline; similarly, there are some options available to you when it comes to video editing — Android apps and/or web-based video editors can provide some workarounds.

Although Chromebooks are not the best option for working with multimedia, workarounds exist — for example, you can use Wevideo to edit video.

Chromebooks are not best suited to gaming

If you’re into gaming — or at least playing the latest games — then a Chromebook won’t be the best option for you, because they generally aren’t powerful enough to cope with the graphical and computational demands of modern games.

That said, because some Chromebooks allow you to run Android apps, you do have some options when it comes to Android games. Laptop Mag has a good rundown of some good Android gaming options here.

They are (obviously) not as functional offline

Chromebooks are for obvious reasons less useful offline than online – but you still use them to access and edit Google Drive files when you’re not connected to the internet, and you can use Gmail in an offline mode too.

An increasing number of other apps which work offline are being made available for Chrome OS too; so as long as you plan things in advance, and make sure you save the right files onto your Chromebook before you go offline, you should still be able to get a decent amount of work done when you are not connected to the internet.

So, should you buy a Chromebook? Well, we hope that this Chromebook review has helped you answer that question. To sum up, and help you make a final decision, here’s a list of the main pros and cons of using one: