What Does a Trump Presidency Mean for Tech?

The eight-year bromance between Barack Obama — who appointed the first chief technology officer for the US — and the tech industry is ending. Now what? That’s the question the tech industry has been asking since a real-estate mogul turned reality star, with a spotty reputation with tech, was voted in as 45th president of […]

When Donald Trump Had a Choice, He Chose Nonunion Labor for His Construction Projects 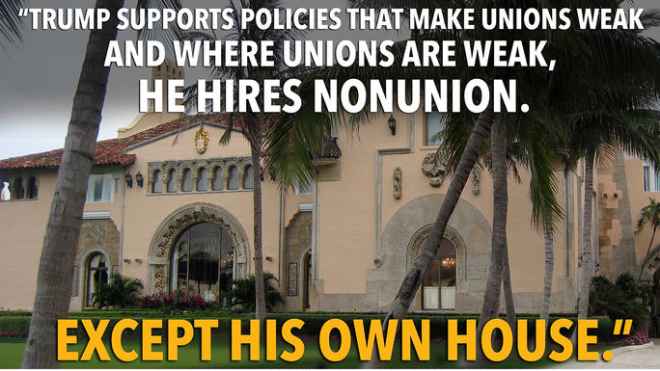 Donald Trump has admitted before that when he has a choice between union and nonunion labor for his construction projects, Trump chooses nonunion labor. Just how often was that? A new report from the International Brotherhood of Electrical Workers (IBEW) reveals some figures about his dealings with IBEW contractors. From the IBEW investigation: A review […]